The Didgeridoo – Its Use Can Treat Snoring and Sleep Apnea

The didgeridoo is a musical instrument used throughout ancient Australian culture which is said to treat and stop snoring by practicing certain breathing techniques needed to create the one of a kind sound.  It was first developed in northern Australia and has gained popularity throughout the years and is now played in countries around the world. 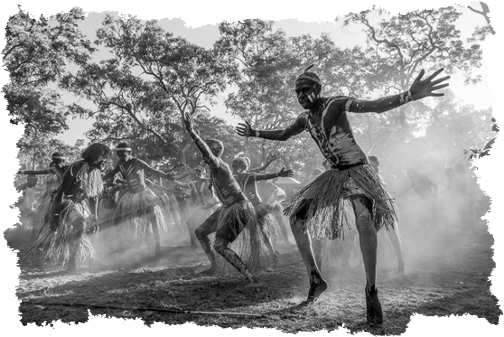 The Didgeridoo is an Australia musical instrument that has been part of the Aboriginal people for thousands of years and is actually known as the oldest wind instrument in the world.  It’s a naturally formed instrument in that it’s literally a hollowed out tree.  The didgeridoo is created by locating a eucalyptus tree that has termite damage.  In this case, the termite damage is beneficial because the insects naturally hollow out the tree, making it easier for someone to finish hollowing out the log, and then sand it and paint it.

The didgeridoo produces exotic sounds and the various rhythms are very relaxing and tranquil for the audience as well as the musician.  There is one keynote or tone produced by the didgeridoo that is called a drone.

How to Play it

The didgeridoo is played by blowing into the top of the instrument with a large deep breath, followed by a short inhalation.

How the Didgeridoo Treats Snoring

The actual process of breathing into the didgeridoo activates the parasympathetic nervous system in your body.  When this system is stimulated, your body naturally relaxes, eases stress, helps with respiratory problems, and can even stop your snoring. 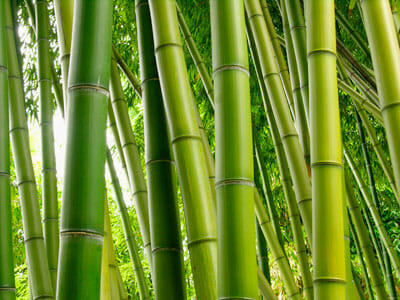 The parasympathetic nervous system, or PSNS, is responsible for the resting periods after the body has been stimulated by basic functions.  For example, say you have been working out in your yard all morning long, sweating and moving plants or rocks around.  Eventually, you are going to be thirsty and hungry after all of your hard work.  Once you go inside and drink a glass of water and eat a sandwich, your stomach becomes full, and you feel relaxed, energized, and satisfied.  This feeling of being at rest is triggered by the PSNS.  The same type of feeling occurs after a bowel movement and after intercourse, to name a few.  This restful feeling is also achieved after you practice the didgeridoo – the breathing techniques and patterns that you practice over and over again eventually activate the PSNS, resulting in the relaxed and calming state.

Didgeridoo for health is a growing treatment for respiratory issues, stress, and anxiety in Europe and the United States, especially since natural and organic treatments have gained popularity in recent years.

There are two simple steps to playing the didgeridoo:

After you master playing the drone, you start to naturally open and close your airway, directing air up the throat and out through your nose while simultaneously exhaling through the mouth.  This is called circular breathing.  Circular breathing is very similar to other yoga breathing exercises you may have practiced before.  These types of breathing patterns have been used throughout hundreds of years to aid in the reduction of stress, meditation, and calming anxiety.

The more practice you have on the didgeridoo, the more you promote circular breathing.  This strengthens the soft fatty tissues in the hard palate, in the back of your throat, and can actually prevent snoring in itself.  Snoring occurs when there is an obstruction in your airway, forcing air to find its way around the obstruction, up against flabby tissues near the hard and soft palates, which cause them to vibrate.  The vibration creates the sound of snoring.  If circular breathing firms up the palate and strengthens those tissues, the vibration will not occur, thus eliminating the sound of snoring. 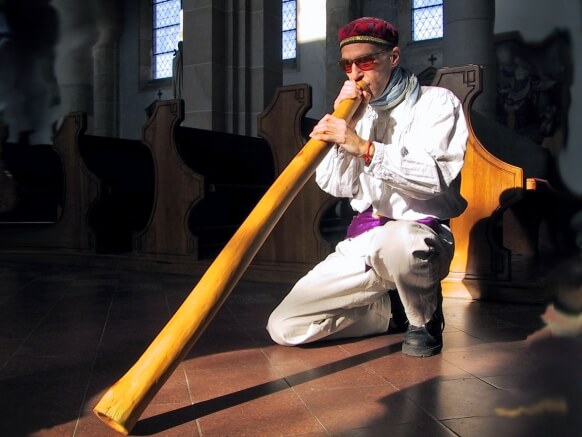 A study performed in Zurich in 2005 found that patients who suffered from the serious sleep disorder of sleep apnea and used circular breathing and didgeridoo playing, experienced several positive results that included:

-a noticeable drop in daytime drowsiness

-a reduction in snoring

-improved quality of sleep by their bed partner

The didgeridoo is also being used as sound therapy to treat those with chronic pain.  The vibration that the didgeridoo makes actually produces a low-frequency sound that can be felt and heard.  The frequency can heal tissues and release blocked energy in various parts of the body.  Didgeridoo healing methods are not just for snoring and sleep apnea treatments anymore, as they have also been used to ease emotional and nerve pains, as well as treat a range of other medical conditions like depression and other stress diseases.

Didgeridoo vs. Other Snoring Treatments

Since there isn’t a ton of scientific evidence backing the didgeridoo curing snoring and sleep apnea, some people like to play the instrument as a complementing treatment along with the continued use of a CPAP machine or mandibular advancement device.  There is also controversy coming from large pharmaceutical companies that invest millions of dollars into the CPAP and snoring industries that do not want to hear or see the success of a natural treatment for snoring.  However, something has to be said for such an ancient musical instrument positively impacting people with respiratory issues, snoring problems, anxiety and stress.  With the increased use of prescription drugs and treatments in the US and abroad, it’s peaceful just thinking about using something so natural and simple to do good.

Where Can you Buy a Didgeridoo

You can find a didgeridoo at a specialty store or online ranging in prices from $30 – $1,300.  The higher end of the spectrum will most likely be a handmade, unique instrument from an artisan or musician in Australia.  The lower end of the spectrum will be inexpensive low-quality reproductions of the instrument.  Some didgeridoos are made of plastic but are meant to train your breathing and achieve the drone tone until you can excel to actually playing the real thing.  There is nothing like playing the original instrument, but most musicians say that playing a plastic replica is still good practice and the circular breathing techniques can still be achieved.

Next post: Snoring – Does it Actually Put You at Risk of Cancer?

Previous post: Central Sleep Apnea and How it Differs from Obstructive Sleep Apnea