What does it feel like to wear a plastic anti-snoring mouthguard?

Several years ago when I first looked into buying an anti-snoring mouthguard, I remember wondering exactly what it would feel like to wear one of these devices. Some of the products that were available appeared large in size and intimidating. I simply couldn’t imagine the idea of falling asleep with such a monstrous piece of plastic in my mouth. Fortunately, I was able to overcome this fear and order my first mouthpiece.

My experience with the one-piece mouthguard 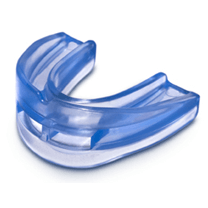 The first product that I had tried was a simple one-piece boil and bite device with two medium size breather holes at the front. When it arrived, it appeared to be about the size that I had envisioned based on the online photos. Before starting the fitting process, I placed it into my mouth to get a feel for its actual size. As I expected, it was pretty bulky and left about a half inch of space between my upper and lower teeth. At this point, I began to question whether or not I would be able to tolerate such a gargantuan piece of plastic stuffed inside of my oral cavity.

Nonetheless, I continued forward with the fitting process by heating a few cups of water on the stove until it began to boil. After submerging the mouthpiece into the hot water for several seconds, it emerged from the water as translucent and very pliable. I allowed it to cool for a couple seconds and then placed it into my mouth, bit down firmly, and slightly pushed out on my jaw. As I was biting down, I could feel my teeth slowly sinking into the hot molten plastic. This position was held for several seconds as I worked the plastic around the outer edges of my teeth with my finger and inner edges with my tongue.

Once the fitting process was complete, I noticed a reduction in the gap between my upper and lower teeth as well as a much better fit. Instead of half of an inch of space, there was only about 1/4″. While the fit was much closer after going through the fitting process, it was still noticeable inside of my mouth. 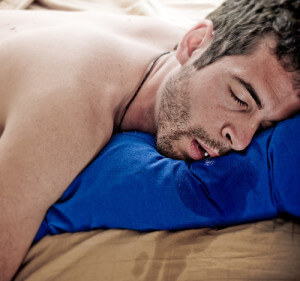 From here I gave it a try, to see if it actually worked. The first night was rather awkward. I woke up in the morning next to a large pile of drool and felt a bit of soreness in my jaw. While I was not exactly thrilled with my first night experience, I was pleasantly surprised when my wife told me that I did not snore one bit throughout the night. This confirmation provided a glimmer of hope that I may have found a snoring solution that actually works. After contacting the manufacturer’s customer support, I learned that drooling and soreness are typical side effects that usually disappear after a few days.

Moving on, I used my mouthguard for the next four nights with continued success. The drooling stopped after the second night and morning soreness was completely eliminated after the fourth night.

While it did take a few days to become accustomed to wearing it, doing so was well worth the effort and I were thrilled with the results. It felt great to wake up in the morning refreshed and ready to tackle another day.

Encouraged by my success, I set out to find a product that was more compact and just as effective as the simple one-piece device. 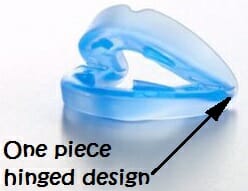 After testing out several different one-piece mouthguards, (all featured similar designs) I decided to venture into testing out a few products that were engineered differently. The first product that I tried out was the zQuiet followed by the GMSS. In comparison to the standard boil and bite units that I had previously tried, each was completely unique.

The zQuiet featured a thin upper and lower tray that is hinged together at the rear of the mouth near the molars. I found this product to be particularly interesting because it could be used straight out of the box and appeared to have a much lower profile, meaning that I should be able to close my mouth so that it rests in more of a natural state.

Upon arrival, I gave the zQuiet a quick rinse under warm water and put it to the test. There was a noticeable difference in thickness. The feel was a bit more natural and less bulky. Due to the inability to custom mold, the fit was a bit looser in comparison to the standard mouthpieces that I have tried. While it was noticeably more comfortable in comparison, I had still experienced a couple days of drooling along with a few days of soreness. As with the other mouthpieces that I have tried, this disappeared after a few days. I was soon left with a more comfortable and compact device that still effectively controlled my snoring.

Soon after, I had tested out a completely different product called the Good Morning Snore Solution or GMSS. Instead of placing between the teeth, this device attached to the tip of the tongue using suction.

Trying the GMSS for the first time was fairly odd. It resembles a pacifier and holds your tongue forward, just passed your front teeth. Imagine about 1/2″ of your tongue sticking out. The sensation is a bit strange but like the other products that I have tried, it was easy to become accustomed to after a few days of use. The tip of your tongue will become tender the first few nights that you use it. This product was also incredibly effective and comfortable after a few days.

How noticeable are they? 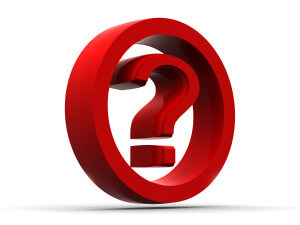 After several different trials with various products, I must say that each takes a few days to adjust. After passing the adjustment period, wearing a snoring mouthguard is comfortable and fairly easy to tolerate. While I still prefer a more compact version of this product, such as the zQuiet, I always eventually became accustomed to wearing any product that I have tried.

So, how noticeable are they? No matter what product you choose, each one will be noticeable for a few days until you become accustomed to wearing one. After the initial break-in period, it becomes much easier. There will be a period where it feels unnatural, cumbersome, and you will probably drool a little. Hang in there and you will be well on your way to a comfortable, snore-free night.

Next post: Thinking about sleep apnea surgery? – One treatment option that you may not have considered

Previous post: Will my health insurance cover an oral appliance for snoring or sleep apnea?