As seen on TV snoring mouthguards – Do they really work? 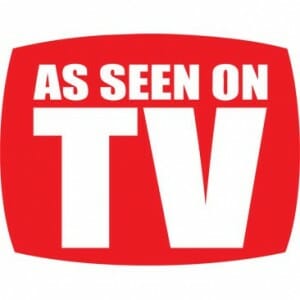 It’s 3 am and you’ve been wide awake, listening to the sound of your partner snoring the night away. You turn on the TV and suddenly a late night infomercial seems to be speaking directly to you.

“Your snoring sounds like a freight train and even though you don’t know it, your partner sure does. Snoring is not healthy for you. It prevents deep restful sleep and as for your partner, it just flat out prevents them from sleeping at all. Maybe you’ve tried earplugs or sleeping in separate rooms. You may have searched for solutions such as nose strips, sprays and other gadgets. But the effective and proven way to eliminate snoring is to widen the airway in the back of the throat. That’s why for over 30 years dentist have been fitting their snoring patients with custom mouthpieces that solve snoring. But those custom devices can cost thousands and require multiple dentist visits. Now there’s and easy and affordable solution that is based on the same technology but without the high cost….”

This excerpt was taken from a Zquiet commercial that often airs on TV, especially in the early morning hours. There are actually dozens of similar “As seen on TV” type products that are designed to eliminate the sound of snoring. Most of them sell for between $60 – $100 and are guaranteed to stop your snoring or your “money back”.

History of the Snoring Mouthguard

The SnorBan, originally introduced in 1994, was one of the first OTC snoring mouthguards available.

For years, couples have struggled with bedroom nuisances such as snoring among other habits. However, snoring consistently ranks high year after year when it comes to annoying bedroom habits. The use of a snoring mouthguard is not exactly new technology. As the infomercial states, these devices, know as Mandibular Advancement Devices (MAD’s) by dentists, have been used for nearly 3 decades to treat snoring and in some cases obstructive sleep apnea. It wasn’t until the mid-1990’s that the first over the counter snoring mouthpieces appeared on market. They were modeled after the MAD’s commonly used by medical professionals. The first such devices were made of a thermoplastic resin and could be self-fitted at home by heating the mouthguard in hot water for a few seconds and then placing the device in the mouth and biting down to take an impression of the teeth. For nearly 10 years, only a small handful of mouthpieces were available on the market. It wasn’t until the mid-2000’s that a wider selection of products was introduced and pushed to consumers using heavy marketing campaigns. As a result, an increasing number of couples were introduced to these “miracle” devices and their popularity surged. With an increase in popularity, a number of different manufacturers started producing their own version of the device. Today, over 100 such devices are being produced yet only a couple dozen are widely popular.

Does the “As Seen on TV” Snoring Mouthguard really work? 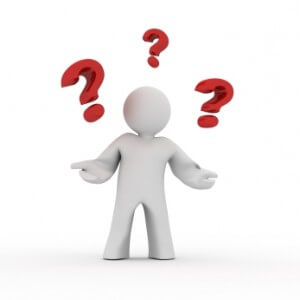 Mandibular advancement devices or snoring mouthguards have been around for several years now so they must be effective right? Would people really continue to purchase a product that does not work? The truth is, many such devices really do work. Numerous scientific studies have been conducted to measure the effectiveness of MAD’s on snoring. These studies were conducted using a range of different products from professionally fitted to over the counter. While the results sometimes varied, almost every study concluded that jaw advancing mouthpieces were quite effective at treating snoring. Most studies showed a success rate of between 75% – 85% or greater. I’ve personally tested several mouthguards and had great success with nearly every one of them. In fact, the success that I have experienced inspired me to create this blog to help others solve their snoring problem and possibly their marriage. I gathered all the information available on the most popular mouthguard and created this table to help you decide which product may be the best fit for you. While they may not work for everyone, they have in fact worked for many including personal friends, family, and readers of this blog. What about the other 15% to 25% of individuals who were unsuccessful? While there are a number of different reasons for failure, here are a few possibilities:

An example of a more recently designed jaw advancing mouthpiece. This design allows one to adjust the lower jaw setting forward in 1 mm increments.

Exactly how does it work? 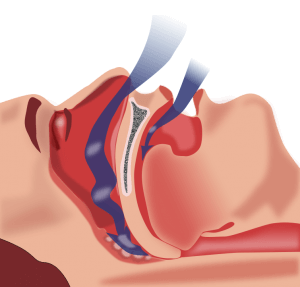 On the surface, most of these devices are strikingly similar to an athletic mouthguard or a night guard used for teeth grinding. While these products are similar in appearance, they differ greatly when it comes to function. Athletic mouthguards and night guards simply form a protective barrier to prevent damage to the teeth. A snoring mouthpiece actually holds your lower jaw slightly forward as you sleep. The forward or “advanced” position pulls on the throat and airway muscles. The pulling effect causes the muscles in the airway to tighten. In most cases, loose tissues and a narrow airway are the main sources of the sound of snoring. With the jaw forward, muscles and tissue are tightened, preventing the narrowing of the airway or flapping of tissue.

How do I know if it will work for me?

Here is a simple test that will help you to determine if a snoring mouthguard may be right for you.

Did the snoring sound diminish or completely stop? If so, you may be an excellent candidate for a mouthguard. Even if the sounds were greatly reduced yet not completely eliminated, you may still be a great candidate. Anyone who is interested in using an as seen on TV snoring mouthguard should first consult with their doctor if they have any health concerns. While most snoring is not harmful, it can possibly be a sign of a more serious issue such as Obstructive Sleep Apnea.

The anti-snoring mouthpiece is one of the most highly effective stop snoring solutions available. With over 100 different products to choose from, deciding which one to buy can be challenging. As a snorer and product reviewer, I have tried many of these devices and created a list of recommended devices that will help to make this decision much easier.

Next post: AveoTSD vs. Good Morning Snore Solution (GMSS) : What are the differences and similarities?

Previous post: How to clean your anti-snoring mouth guard device