Medtronic Pillar Procedure for snoring and OSA – Does it work and how much does it cost?

If you suffer from snoring or OSA there is a good chance that you have at least heard of the Pillar Procedure and perhaps have considered trying it to relieve your snoring or sleep apnea. Some doctors suggest that their patients consider trying this procedure if they are unable to tolerate a CPAP or Oral Appliance treatment. What is the pillar procedure? Does it work? How much does it typically cost?

About the Pillar Procedure 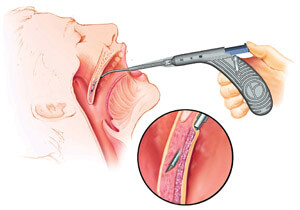 Device is used to cut into soft palate and insert pillars

This procedure works by addressing one of the most common causes of snoring and obstructive sleep apnea – the soft palate. The soft palate is the soft tissue in the back of your throat that functions as a door that opens and closes as we swallow. This is commonly cited as the area from which snoring originates. As we rest, the soft palate tends to relax and flop around in the airway. In many cases, the flopping around can be heard as the sound of snoring, however, in more severe cases these tissues can completely block the airway. In this instance, it becomes known as sleep apnea which can be a dangerous condition.

This procedure can only be performed on those who suffer from mild to moderate sleep apnea or simple snoring. Those with severe sleep apnea or central apnea should not consider this treatment option. 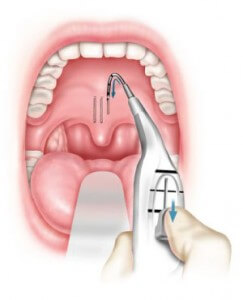 The Pillar Procedure is conducted at your doctor’s office and typically takes between 15 and 20 minutes total. Three to five small implants are inserted into the back of your throat where the hard palate meets the soft palate. These implants are constructed of polyester fibers that are tightly woven together into a stiff rod-like thread which measure just under 3/4″ of an inch long by 1.5 millimeters thick. The entire procedure is conducted using local anesthetics and is relatively painless.

First, you will be given an antiseptic mouthwash in addition to a topical anesthetic such as Lidocaine. The doctor will then use a device with a long arm to insert the first pillar into the center of where the soft palate meets the hard palate. The device uses has a tubular blade to cut a narrow vertical passage through the soft palate. Once the desired depth is reached, a trigger is pulled and the pillar is inserted into the void created by the blade. Afterward, an additional pillar is inserted on each side of the center one, no more than 2 mm away from each other. Some doctors prefer to place an additional set of pillars on each side of these two. The number of implants that are inserted depends on the size of your palate and your doctor’s preference. Some doctors prefer to give all of their patients a total of 5 pillars because they have found that using the additional two is typically more effective. However, very little clinical data has been cited to back up this claim. The actual insertion procedure usually takes only a couple of minutes. 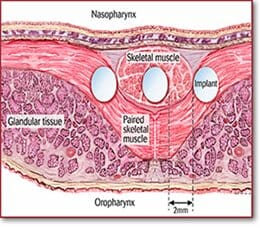 The procedure does not involve removing any tissue or the use of stitches to close over the area. It creates very small incisions which easily heal on their own. There is a small amount of bleeding that occurs when the incisions are made but this quickly stops.

After the procedure is finished, you will be asked to sip on water for a few minutes before being released. In most cases, there is no recovery period which means that you are free to eat, drink, and move about as you normally would.

How does it work?

You’re probably wondering how a few polyester rods inserted into the back of your throat is going to help with your snoring. This procedure is used to strengthen the soft palate which helps to prevent it from flopping around in your airway. The reality, however, is that these implants alone are not very effective at strengthening the soft palate.  The procedure actually relies upon your bodies response to the inserted foreign objects. Over time, hard tissue builds around these implants, making the palate stiffer and less likely to dance around loosely in your airway. 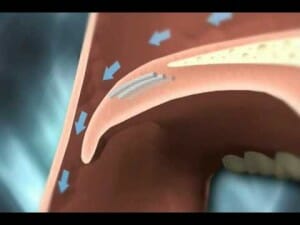 Keep in mind that the effects are usually not even noticed until 4-6 weeks after the procedure as your body begins to heal itself. It takes a total of 3-12 months before the hard scar tissue completely encases the implants.

When it’s all said and done, the pillars should not be at all noticeable or even visible. It should not alter your ability to eat, drink or speak. You may notice the feeling of a foreign object in the back of your throat at first but this will eventually subside.

Studies (mostly funded by the manufacture of the Pillar System) suggest that this procedure is 80% or more effective at reducing or eliminating snoring. However, a quick search online will reveal a disproportionately large number of individuals claiming to have little to no success after going through this procedure.

Side effects and complaints 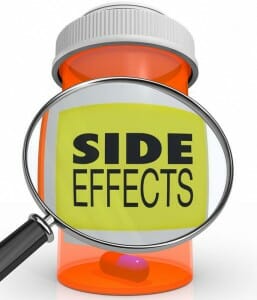 As you can imagine, after the procedure you are going to have a bit of a sore throat. In addition, an infection may also occur which is often treated using antibiotics. Then there are instances where the body rejects the pillars and they actually work their self out and protrude from the back of your throat. If this happens they can be removed by your doctor.

In other cases, the procedure can actually make obstructive sleep apnea worse.

Some doctors will sell the procedure based on the fact that the implants are removable, making the procedure reversible. However, the scar tissue which once surrounded the pillars will still remain hard. Because of this, it’s not truly reversible.

Overall, the risks of complications are relatively low yet should still be considered before making a decision. 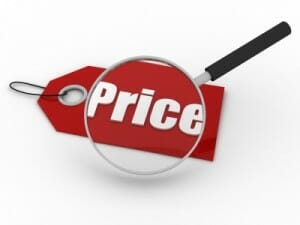 The overall costs associated with the Pillar Procedure will vary. However, the average cash price seems to fall around $1,500. In cases where a total of 5 pillars are used, this price typically increases from $1500 up to $2,200 or more.

If you are thinking about using this treatment, remember to shop around while considering the doctor’s experience. Remember, the cheapest doctor is not necessarily going to be the best. Find a qualified physician who has successfully performed this procedure many times. 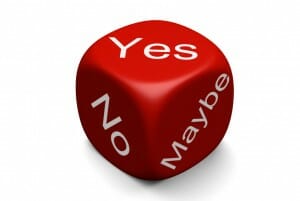 The Pillar Procedure offers a unique approach to control snoring and mild to moderate cases of sleep apnea. In theory, it seems to be a plausible solution that may work for some.

The lack of independently funded studies combined with the overall lack of individuals voicing their success stories in the online community makes me a bit skeptical when it comes to the claimed rate of effectiveness.

Also, the high out of pocket expense makes the procedure unattainable for the average person.

If you are interested in treating snoring or mild to moderate sleep apnea, your money is best spent on better researched and proven treatments such as the CPAP or Oral appliances.

Next post: The pros and cons of using a mouthpiece to treat snoring