MMA Surgery for Snoring – What is Involved in Jaw Surgery and Does It Stop Snoring? 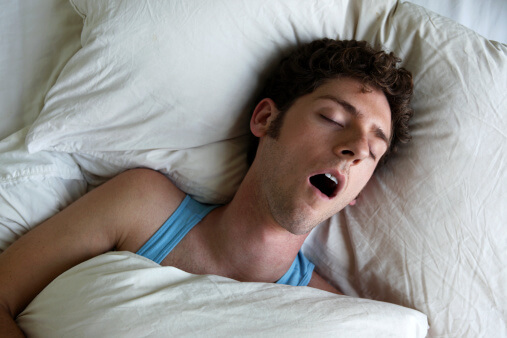 Maxillomandibular Advancement surgery, or MMA, is an effective treatment for obstructive sleep apnea, or OSA.  OSA occurs when the pharynx collapses in the back of the throat, blocking the airway and causing a series of missed breathes typically followed by a large gasp for air and loud snoring.  MMA surgery, commonly referred to as jaw surgery, actually enlarges the pharyngeal space, so that a blockage in the airway cannot occur.

MMA surgery is a type of jaw surgery or orthognathic surgery.  MMA has a success rate ranging from 90%-95%.  It involves modifying the pharynx and the jaw.

The pharynx is an organ located just above the larynx and esophagus and behind the nasal cavity and mouth.  It’s considered to be in the lower part of the throat.  It plays several roles in the body:

The pharynx also plays a role in vocalization, as it’s near the voice box in your throat. 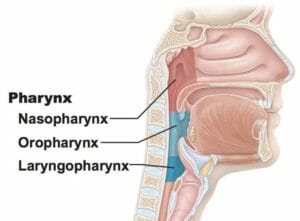 Filters Air into the lungs

The pharynx acts as a filter in the conducting zone of the body and warms and filters the air before it passes into the lungs.  It plays a crucial role in the respiratory system.

Part of the digestive system

The pharynx is also part of the digestive system and moves food down the throat.

Plays a role in snoring

One of the least favorable qualities of the pharynx is that when it becomes obstructed, vibrations pass by the flappy tissues in the throat, which cause a loud sound that we are all familiar with – snoring.  Snoring can be an indicator that you are suffering from obstructive sleep apnea, which is a very serious condition that limits oxygen to the brain and other areas of your body.

Your jaw consists of a series of bone structures that form the actual frame of your mouth.  The jaw’s primary purpose is to aid in chewing and breaking down food with your teeth in order to prep the food to be swallowed and pass down the throat.  Inadvertently, the jaw also regulates the flow of air down to the pharynx.  If a patient has an under bite or an overbite, the airflow can actually be restricting your from breathing properly through the night, causing snoring and sleep apnea.

Jaw surgery is typically performed in young children, around the adolescent age, to correct an under bite or overbite.  Patients that are older and are having the surgery done, are mostly trying to treat their sleep apnea and snoring problems by expanding the pharynx airway. 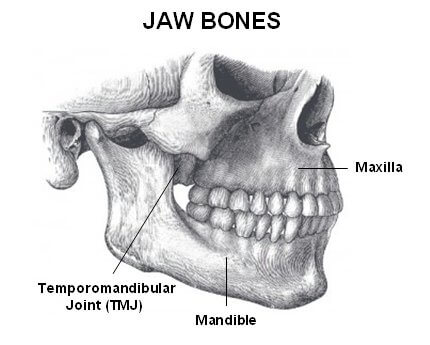 Who should undergo MMA surgery?

Most successful MMA surgery patients have been under the age of 50, have been diagnosed with obstructive sleep apnea through a polysomnogram, and have not had any previous surgeries in their upper airway that relates to snoring.  The ideal candidate is one that has been unsuccessful treating their sleep apnea with a CPAP machine.  The CPAP treatment could be ineffective for a number of reasons:

The mask falls off at night

Some people affected by sleep apnea have a tendency to be very mobile sleepers, meaning that they roll around during the night and toss and turn.  When this happens, it’s possible that the CPAP machine mask can actually fall off, thus being an ineffective treatment for sleep apnea.

The CPAP machine keeps them awake

It’s uncommon, but some patients with obstructive sleep apnea complain that the CPAP machine itself is loud and prevents them from falling asleep at night.  It can be difficult for a bed partner to get used to the machine as well.  Some think that the sound of snoring is just as bad as the motor on the CPAP machine.

If you are affected by a serious sinus condition, experience seasonal allergies, or have a deviated septum, you may experience that the CPAP machine is not an effective treatment for you.  The purpose of the machine is to constantly pump a regulated flow of oxygen into the nose at night.  However, if you have difficulty breathing through your nose in the first place, the oxygen may not actually travel through the nose, but through the mouth.

The patient is completely unwilling to use the CPAP machine altogether 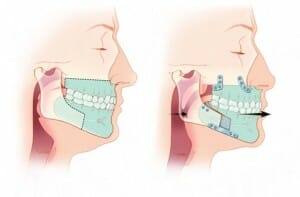 MMA surgery is actually a very complicated surgery and is considered to be a major project for a surgeon.  You are under general anesthesia during an MMA procedure.

The jaws are released

During the surgery, the upper and lower jaws are actually broken off of the skeletal bone and are advanced forward in the mouth in order to open the pharynx airway.  The jaws are then held in place by titanium screws or plates.  Rubber bands like those seen in braces are also used in order to aid in chewing and eating right after the surgery.

Physical change in your appearance

Don’t jump too quickly to conclusions that your face is going to be deformed by an MMA.  Actually, in most patients, the surgery actually tightens the face, thus eliminating several unwanted wrinkles in the skin.  Not only will your pharynx open up and promote easier breathing, but it nips those annoying wrinkles in the butt at the same time!

One of the worst symptoms of an MMA surgery is the numbness in the jaw, lips, and cheeks.  Keep in mind that this is only temporary, but may occur for several days after the procedure.  The numbness actually acts as a pain reliever after the surgery.  Instead of feeling pain, you feel more of a tingling or numbing sensation.

Eating a Soft Diet after an MMA surgery 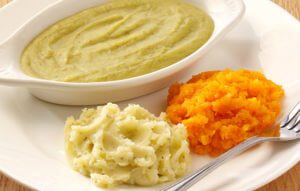 Patients are advised to be on a strict ‘soft diet’ following the surgery for at least 5 weeks, and possibly longer depending on the person.  They are urged not to chew or bite at all during the recovery process.  Foods can be blended in a blender or food processor, or soft foods such as yogurt, applesauce, jello, pudding, mashed potatoes, and grits will be seen on the list of foods you can eat.

Bleeding will occur during this procedure, which is normal.  Depending on where the doctor is making the incisions in your mouth to release the jaw, a blood vessel could be hit and excessive bleeding could occur.  Doctors may need to perform a blood transfusion in the event there is excessive blood loss.

In some rare cases, the swelling that occurs in the back of the throat can actually significantly block the airway during recovery.  Some doctors need to insert a breathing tube so that the patient can still receive oxygen.  It can be a very serious and tricky procedure.

Permanent Numbness in the Jaw

Permanent numbness can occur in the jaw after the surgery but is typically targeted in a small defined area of the face.  This is very rare and if it occurs, it makes up less than 15% of patients that have undergone the surgery.

Complete recovery time could take up to 6 weeks.  It’s a very strenuous procedure not only for the doctor but the patient as well.  The lifelong effects of the surgery are worth the while, though.

Does MMA Stop Snoring for Good?

So does the MMA stop snoring for good?  As I said earlier, it has an amazing success rate and does indeed stop snoring, and effectively treats sleep apnea.  This procedure is not for everyone, so you need to spend some time with your doctor weighing all of your options to make sure this is the best fit.  Typically an MMA is the most effective treatment for sleep apnea, however, it is the most difficult surgery in the sleep disorder industry, and has a longer recovery time than most others.  Due to this, it’s often done as a final or last treatment option.

Previous post: The Buteyko Snoring Solution – What is the Buteyko Method and Does it Really Stop Snoring?