When snoring becomes a problem which products actually work? 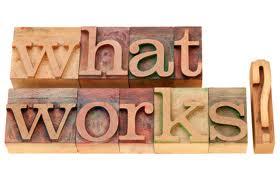 Several years ago I discovered that I had a snoring problem. Well, actually it was my wife who discovered my problem. In an effort to find relief and save our marriage, I began a quest to find a stop snoring product that actually works.

My search began on the internet and what I found was a plethora of products being sold that all claimed to put an end to your snoring. Everything from oral sprays and nasal sprays to chin straps, pills, and even pillows. Then there were, of course, the natural remedies which work for some but didn’t work for me. I, however, needed something that would silence the sound of my snoring before the two of us began sleeping in separate bedrooms. I literally spent hours over the course of several days reading review after review of the mentioned products. Unfortunately, each time I would hit a roadblock as customers who commented on these products often dismissed their effectiveness.

Seeking the advice of my doctor 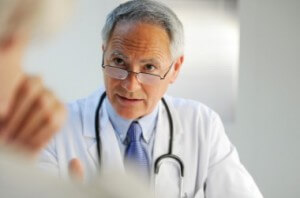 As time went on, my snoring continued so I decided to seek the advice of my doctor who evaluated my snoring and concluded that well, I simply snore. I asked him about treatment options and he suggested that I try the basics which included sleeping on the side, elevating the head, avoiding alcohol and so on. Having tried all of these suggestions I asked him if there were any additional solution. This is when he told me about the oral appliance, also referred to as snoring mouthpieces.

Okay, this sounds interesting. He further explained that these devices work by holding the mandible (lower jaw) in the forward position while sleeping. The advanced position of the jaw tightens the muscles surrounding the airway, preventing them from vibrating against each other. The vibration of tissues in the airway is typically the primary cause of the snoring sounds that we are all familiar with. He had me sold and I was ready to move forward until of course, he started talking cost.

There are actually several different brands available including – the Tap III, Somnomed, Silent Partner, Somnodent, Myerson EMA, Snore Silencer Pro, SnoreFree, the SUAD device, and the list goes on. “So how much will one of these fancy sports mouth guards cost me,” I ask. My doctor responds “$1,500 – $3,500 for the device plus the cost of the initial examination and follow-up appointments. Would you like a referral?” “Whoa,” I responded. “I’ll have to think about that one.” 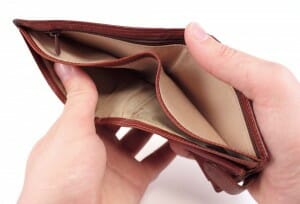 Later that night I began to search online for some type of at home oral appliances. You know, the do-it-yourself version of a mouthpiece. I found quite a few such devices and astonishingly, most of them cost less than $100. Well, a hundred dollars certainly sounds more reasonable than $1,500 plus. After doing some searching I started to realize that within the OTC snoring mouthpiece industry there was a bit of debate as to which device was most effective at preventing snoring. Some devices offered features such as the ability to adjust while others were held in a fixed position. Some offered breather ports while others did not. Some created a custom impression using boil and bite technology while others were sent off to a laboratory to be created. It soon became increasingly clear that making a decision among OTC oral snoring devices were not going to be easy at all.

The seemingly endless number of features that were available in each mouthpiece presented a challenge that I wasn’t quite prepared to take on. After reading over literally hundreds of pages of information and medical studies on oral appliances, I had I fairly good idea of what was considered desirable and what was not. However, I soon realized that while a device may work for one individual, it may not work for another. In other words, there was no “best” oral appliance for everyone per se. With this in mind, I set out on a journey to find which ones actually works and which ones do not. After all, purchasing twenty internet ordered devices would still cost significantly less than just one that was custom fitted by a doctor. 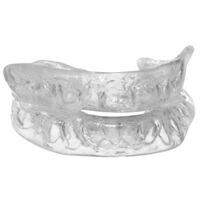 Over the next year or two, I had ordered well over a dozen OTC snoring devices. Most differed slightly while some were designed like no other. Here are a few notable features that I considered while going through each device.

You may be wondering why I would order so many different products. The end goal was to find a device that offered both comfort and longevity while keeping the overall price in mind. For several months I ordered mouthpieces and put them to the test. Some were only used for a couple weeks and then stored away while others I still use today. 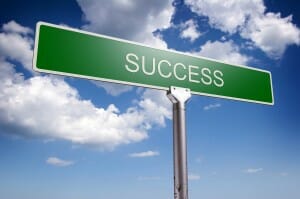 The results of this experiment may surprise you as it certainly did, in fact, come as a surprise to me. Almost all of the devices that I experimented with did, in fact, stop my snoring. So we know that the principle of the mandibular advancement device is in fact valid.

There was, however, some major differences when it came to comfort and usability. For instance, some more primitive devices made wearing the appliance feel much like having a mouth full of plastic or the feel as if someone stuffed a sock in my oral cavity. Others proved to be deficient when it came to durability and long useful life. Then there was the issue of adjustability. While I was able to obtain a fairly good impression and advancement position with several simple boil and bite devices, some had to be refitted by completing the fitting process over and over again in order to achieve the proper advancement. From this, I learned that in many cases, having the ability to adjust the advancement of a MAD’s was a nice feature.

In the end, I created this guide table which will give you an idea of what’s available on the market. This table allows you to sort by categories such as total price, ranking, device type, and product name.

If you are a snorer, I suggest that try out an oral appliance (or several if you are feeling ambitious). As mentioned, there are some really great devices on the market that seem to work quite well. Take a look at the mentioned guide table and choose a device that makes sense to you. If your interested, I created this page which offers my recommendation based on the many products that I have tried personally.

When faced with a snoring problem it’s important that you find relief quickly as what may seem like a laughing matter can easily escalate into larger marital problems. Mouthpieces a real snoring solution that actually works.

Next post: Exactly how does the Good Morning Snore Solution device work?

Previous post: Using earplugs for snoring – Is this really a snoring solution?