Nose Vents, Nasal Cones, and Nasal Dilators – Do They all Stop Snoring?

on July 11, 2017
Nasal Cones, vents, and dilators, are actually referring to the same type of product that is used to stop snoring – nasal dilators.  Nasal dilators were developed as a surgical alternative to open the nasal valve in the nostril, in order to improve airflow during sleep and reduce or stop snoring.  Nasal dilators are not just to treat snoring, they are also effective at opening the nasal airway in order to increase breathing for athletes including professional cyclists and runners. 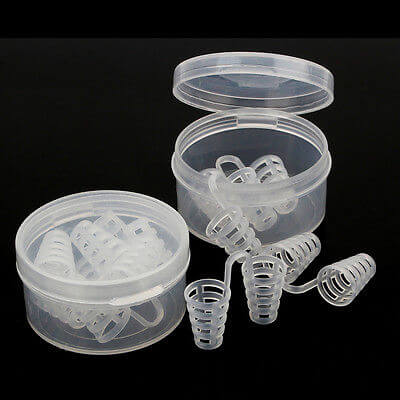 Let’s start by discussing the anatomy of the nose so you can understand how the nasal dilators actually work.

The primary purpose of the nasal valve is to actually limit the airflow into the nose.  If the valve collapses, it can be very difficult to breathe, because the valve is what actually allows air to pass through the nasal cavity.  This is commonly seen after any type of nasal surgery, such as a surgery on a deviated septum or plastic surgery to reconstruct the nose.  Your valve could naturally collapse as well and could be completely unrelated to surgery.
Nasal valve dysfunction is sometimes referred to as nasal valve collapse.  Either way, it is a type of breathing pattern that may be the underlying culprit of your snoring.  It often causes severe congestion which may force you to breathe through your mouth instead of inspiring through both. 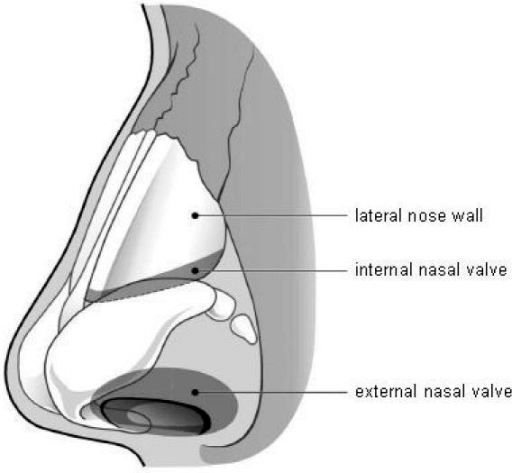 So How do they Work?

The nasal valve is responsible for half of the airflow resistance during breathing, so it plays a huge role in allowing air in and out of the nasal cavity.  When it’s obstructed in the slightest bit, it disrupts airflow and results in snoring.
Nasal cones, dilators, and nose vents, whichever term you use to describe them, are referring to the same type of product, and come in various shapes and sizes.  Some designs look like 2 mini golf ball baskets that are connected in the middle.  Others look like a ribbed rubber-like cylinder with a hole in the center.  And also, some are a basic piece of plastic that is V-shaped.  Whichever design and brand you choose, the basic premise behind the products is the same – to open up the nasal valve so air can pass through more freely, thus stopping the obstruction of the airway, which causes snoring.
By placing the nasal cone in the nose, the diameter of the nasal valve increases, thus relieving sinus congestion or nasal congestion from allergies or if you are experiencing a cold.  The increased diameter of the nasal valve also helps people with a deviated septum.  The most beneficial effect of the nasal dilators is that it stops and prevents snoring.
Nasal dilators have not been proven to treat sleep apnea, a serious sleep disorder where your airway becomes obstructed and you stop breathing for seconds at a time, up to hundreds of times throughout the night.  Sleep apnea should be diagnosed by a doctor and usually, a sleep study is administered to determine which type of sleep apnea you may have.  Some doctors argue that the Nasal cones can actually treat sleep apnea since they are designed to open the airway and prevent the obstruction of airflow.  Ask your doctor if nasal dilators will help with your apnea, but don’t treat it yourself without consulting your doctor.

Rhinitis is an inflammation of a membrane located inside of the nose that is caused by a virus or on the rare occasion, a bacterial infection in the nose.  Rhinitis is commonly referred to as coryza and is associated with typical congestion issues like a constantly running nose and sneezing.  Other side effects include post nasal drip.  Nasal dilators can treat rhinitis, but they are most effective during the night so that you can get a good night’s rest instead of being kept awake by congestion and sneezing.

Another use for nasal dilators is for stenosis of the nose, which is another type of valve collapse.  Nasal stenosis is typically a side effect or results from previous nasal surgery.  Altering the shape of the nose, or even making internal alterations can sometimes result in webs or bridges of scar tissues connecting internally.  When this occurs, the scar tissues build up and connect between the nasal septum and the sidewalls of the nose.  This creates a blockage in the nostril and prohibits the flow of oxygen.  The use of nasal dilators for nasal stenosis may or may not be effective, depending on the severity of the connected scar tissues.  You should consult your doctor to see if Nasal cones are a good use of your stenosis.  Alternatively, surgery can be performed to treat nasal valve stenosis, however, it is quite complex and is considered a difficult procedure.

Which type of snorer do they help?

Nasal dilators are often used by those who have a deviated septum.  A deviated septum is when the wall between your nasal passageways is too far to one side, making one passageway significantly larger than the other.  The smaller of the two passageways then does not allow airflow to effectively be inspired and can lead to difficulty breathing.  The Nasal cones open up the smaller passageway and the person can experience relief and breath freely through that nostril once again.

Which Nasal Cones do not Work

It’s difficult to point out exactly which styles of Nasal cones are more effective than others, however, in my experience, the ribbed rubber cones just don’t do the trick.  In most designs, the “baskets” have numerous slots to allow for airflow, whereas the rubber cones only have one way in and out of oxygen.  They also feel more like a nose plug when inserted into the nostril, and do not have an attached bar that prevents the cones from going in too far.  I would say that style is the least effective. 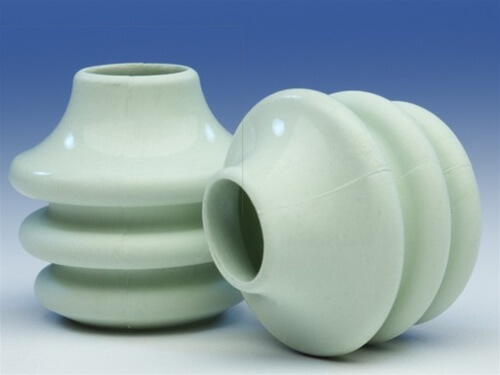 Nasal Dilators and their Safety

Some may ask if nasal cones or nasal dilators are safe.  Although it seems odd to stick a small plastic device in your nose, the dilators are not large enough to actually be ingested.  Most designs come with a connecting bridge that attaches both cones together so they cannot be lodged too far into the nose, where they may cause damage.  In general, if you are following the manufacturer’s instructions on how to use the cones, in most cases you will feel relief and they will be safe to use.

Most nasal dilators should be used up to 10 times per pair, even after cleaning them before and after use.  If you overuse the dilators, bacteria may form on the cones and cause an infection.  If you use them as instructed, and the correct number of times per pair, you should not experience any problems. 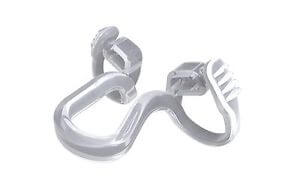 A study conducted in 2011 concluded that nasal cones were more effective at increasing the airflow through the nasal cavity than nasal strips.  But, how does this compare to MAD’s?  Mandibular advancement devices actually target the jaw and tongue in the mouth, as opposed to targeting the nasal passage like nasal dilators focus on.  MAD’s are actually more effective in stopping snoring because it promotes airflow through the mouth, holds the tongue in a forward position, and does not obstruct the airway in the base of the throat.  This alone prevents snoring from occurring.

Nasal dilators ( or Nasal cones ) are proven to be effective at stopping snoring.  There are several styles and brands on the market, and it’s best to try a few styles to test out the sizing for your nose.  It’s common to go through a few different brands in order to find the best manufacturer for you.  Nasal dilators are pretty inexpensive, considering the effectiveness, so buy a few styles and use a different brand each night until you decide on the best one for you.

Next post: The Airing Micro-CPAP – The future of the CPAP Machine and How it Treats Sleep Apnea and Snoring

Previous post: Laser-Assisted Uvulopalatoplasty to Stop Snoring – What is it and Does it Stop Your Snoring?