The Original SnoreCare Nose Vents are considered nasal dilators, meaning that they are designed to open up the nasal passages to promote better breathing and to eliminate snoring. 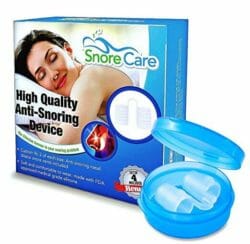 According to the manufacturer, the SnoreCare nose cones are made from a high quality, soft medical grade silicone that is BPA free.

The design of the SnoreCare is actually quite simple, consisting of two hollow cylinders that are joined together with a thin piece of silicone at the center. These nose vents are molded from one piece of silicone which makes them less likely to break or fall apart.

There doesn’t appear to be anything revolutionary about the design of the SnoreCare, as it appears similar in nature to other nose cones that I have tried in the past, although being made from silicone instead of a rigid plastic makes this product somewhat unique.

Since everyone has different size nasal passages, the SnoreCare is sold as a set for four. There are two sizes – “Small” and “Big” and the outer portion of the cone comes either ribbed or smooth, therefore you have the large ribbed, large smooth, small ribbed and small smooth sizes.  While the small and large sizes are self-explanatory, no explanation is given for the smooth vs ribbed cones. It’s likely that the ribbed version helps to keep the vents in place if they have a tendency to slide out.

While their website doesn’t indicate that a travel case is included, their Amazon listing does show a free travel case. 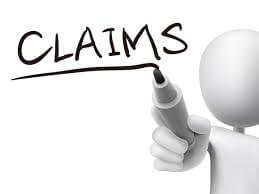 The claim that SnoreCare makes is quite simple – it will stop your snoring, but the question is how does it stop snoring? They do offer an explanation.

I must admit that I was a bit confused after reading this claim. At first, it was mentioned that snoring is caused by narrowing of the nasal passages, which in itself can be true in some cases. Subsequently, they suggest that by opening the nasal passages with the SnoreCare, this prevents obstruction in the throat which is the cause of snoring. This leaves me wondering exactly how this product, which is inserted into the nasal cavities, clears obstruction in the throat.

Additionally, they state that their product is better than all other nasal dilators or mouthguards on the market. 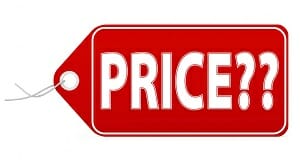 The SnoreCare website has their product listed at $16.95 plus the cost of shipping and taxes. When I tried to place an order I was unable to do so because the checkout was disabled.

Shopping around, I found them for sale on Amazon for $24.95 which included free shipping with my prime membership. While slightly more expensive than ordering directly from their website, I was able to avoid paying for shipping because it was an Amazon Prime item and Amazon did not collect the tax. The total order price to my doorstep was $24.95.

SnoreCare mentions that their product is “3 times better than nasal strips”. Further explanation as to how this statistic was derived or exactly what “better” implies would be helpful.

Nasal strips fit on the outside of the nose and adhere to the surface of the skin. Using a flexible band which spans across the bridge of the nose and creates a leverage point, the nasal passages are lifted opened to provide better airflow.

SnoreCare also opens the nasal passages, only it opens the air passages from the inside.

One feature that makes the SnoreCare more desirable than nasal strips is the fact that unlike nasal strips, they can be cleaned and are reused. Nasal strips can be quite expensive, with a 26 day supply costing around $9.00.  This equates to over $100 per year. SnoreCare cost $25 and can be reused over and over.  It’s easy to see how purchasing the SnoreCare once and reusing offers a savings advantage.

Comparing the two side-by-side, the SnoreCare offers a product that is far less expensive than nasal strips, but aside from this fact, there doesn’t seem to be any evidence that one product outperforms the other.

When examining their listing, the first thing that I noticed that it was the #1 Best Seller in Snore Reducing Aides and was “Amazons Choice”. Both badges indicate that there’s a strong buyer presence with this product.

Before buying any product, I always take a look at the Amazon reviews, which at the time of this writing there were an impressive 6,800 reviews posted. 87% of the reviews left were either 4 or 5 star while the remaining 13% were 3, 2, or 1 star.

While these stats may seem impressive, it’s always best to read each review carefully to make your own determination.

My Experience With SnoreCare 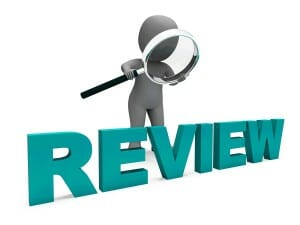 The SnoreCare nose vents arrived as a set of four as promised along with a travel case. The SnoreCare was made from a soft silicone-like material and seemed to be of good quality.

At first, the feeling of having two cones inserted into my nose was somewhat awkward, although this was something that I quickly became accustomed to after using them for a couple nights. After inserting, I noticed that my nostrils felt open and I was able to breathe freely and quite well. I went to bed with the SnoreCare nose cones that night to give them a test run.

In the morning I noticed that the ribbed nose cones remained in place throughout the night so I decided to test out the smooth cones which performed equally as well. It did, however, seem as though the smooth cones were more comfortable overall.

The second night I turned on my snore app and recorded throughout the night. The results – I was unable to see any improvement in snoring with this product.

I repeated this test the second night and found the results to be the same.

Will SnoreCare Nasal Dilator Work For You?

The manufacturer claims that snoring is caused by the narrowing of nasal passages, but is this true? While I tend to avoid generalized statements, it’s true that snoring most often comes as a result of a collapsed airway. The site in which often collapses is in the neck area, far away from the nasal cavities. While snoring is occasionally caused by blocked nasal passages, this is rarely the case. In most instances, snoring originates from a partially obstructed airway. This has scientifically proven several times.

So what’s the solution? While the SnoreCare may be worth giving a try, you will likely need a product that attacks the most common issue at the source which is the airway in the neck region. For this, you will need a mandibular advancement device, better known as a snoring mouthpiece.

There are several designs from a number of different manufacturers available. A great place to start is by reading several reviews on this site. Here’s a list of several mouthpieces that I have tried.

Next post: Coblation Tonsillectomy For Snoring & Sleep Apnea – Is It Really Better?

Previous post: Sleeping Too Much – Long Sleeping and The Reason Behind It