Upper Airway Resistance Syndrome UARS – How Does UARS Compare to Snoring and OSA?

What is Upper Airway Resistance Syndrome? 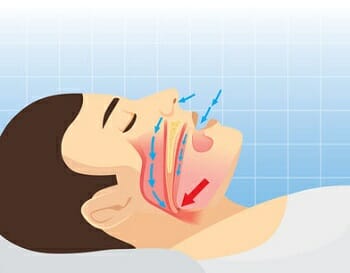 UARS is the middle stage between snoring and OSA.

Sleep Related Breathing Disorders (SRBD) can be broken down into three stages – Benign snoring, Upper Airway Resistance Syndrome (UARS), and finally Obstructive Sleep Apnea (OSA). Some expert argue that it’s a progressive disorder that starts with non-harmful snoring and ends in OSA which cause a number of health issues including high blood pressure, stroke, heart attack among several other health problems.

What is Upper Airway Resistance Syndrome and why haven’t I heard about it?

While everyone is familiar with snoring and most of us know of OSA, not everyone has heard of UARS. The reason is that UARS was only recently identified by Stanford University and is often missed by physicians.

As the name implies, UARS is a syndrome that involves resistance in breathing within the upper airway. This resistance is caused by an airway that has become narrow and does not allow air to travel past it freely. Narrowing of the airway is often caused by aging and excessive body fat although some patients who experience UARS are not overweight. While this resistance will not show reduced levels of blood oxygen during a sleep study, the reduced breathing will arouse their brain while sleeping which does not allow for a restful night sleep and the body never fully recovers. Those with UARS will experience symptoms similar to those with OSA such as feeling tired even after getting 8 or more hours of sleep, difficulty concentrating, and frequent arousal during sleep.

Benign Snoring vs. UARS vs. OSA 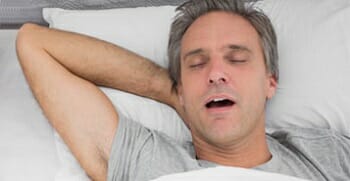 Snoring, UARS and OSA have a lot in common and are easy to confuse with each other. What’s the difference between snoring, UARS, and OSA and why is there so much confusion between the three? One common characteristic between the three is the occurrence of some level of airway resistance. Also, all three often exhibit similar symptoms.

With snoring, air is able to travel freely through the upper airway and it does not cause any health issues. The sound of snoring is often heard when the tongue and jaw relax and fall back into the airway. When this occurs, loose tissue in the airway begins to flap around which creates the sound of snoring. While the flapping of tissue will cause some resistance in breathing, it’s not enough to cause a disruption in quality sleep (although it’s very likely to disturb the snorer’s bed partner).

From snoring, you graduate into UARS which as mentioned is potentially harmful and can affect your quality of sleep. With UARS, the patient shows signs of difficulty breathing but breathing does not pause. Interestingly enough, those with UARS don’t always snore. They may exhibit symptoms of short labored breathing while asleep. The reduced flow of air will arouse the individual throughout the night, although the patient is unlikely to remember the event. When undergoing a sleep study, a diagnosis of UARS is often missed because blood-oxygen levels are typically normal.

UARS often evolves into OSA, a condition in which breathing completely stops for several seconds which causes the individual to wake and resume breathing. This condition falls on the opposite spectrum of snoring and requires medical attention. When this occurs, it’s referred to as an apneic event. In patients with severe OSA, several hundred apneic events can occur every hour, robbing them of a complete sleep cycle. Like those with UARS, they patient will exhibit symptoms of daytime tiredness and inability to focus during the day. They may even fall asleep during periods of time that are inappropriate such as at work or while driving a vehicle. OSA is the most dangerous of the three for a number reasons. It not only affects blood pressure but causes numerous workplace and vehicle accidents every year.

Snoring, UARS and OSA all have similar symptoms which is why it’s easy to confuse the three. Here’s a brief summary of the symptom of each condition.

Benign snoring Produces the recognizable sound of snoring without any resistance or obstruction. Simple snoring is often considered harmless.

Obstructive Sleep Apnea: May show symptoms of UARS in addition to pauses in breathing and reduced blood o2 levels.

How Do I Know Which One I Have?

Being so closely related, how can I tell each one apart? Let’s say for instance a person snores and constantly feels tired throughout the day. Which diagnosis is most likely?

Unfortunately, there is no easy way to tell exactly which sleep-related breathing disorder a person has without consulting with a medical professional who specializes in sleep medicine. Your doctor may have you complete a short assessment such as the STOPBANG to help determine if a sleep study is necessary. During a sleep study, a technician will connect the patient to several monitoring devices which measures a number of different functions such as respiratory, blood oxygen levels, brainwave activity, etc.  The results are interpreted by a qualified medical doctor and a diagnosis is made. Only then will you be certain which area of the spectrum you fall.

If left untreated, UARS can eventually evolve into OSA which requires a more aggressive treatment plan.

Unlike OSA which is typically treated with a CPAP machine and recommendations to lose weight, UARS patients are usually not given a CPAP machine as a first treatment option. Lifestyle changes are usually strongly encouraged to help prevent UARS from worsening. Dietary changes increased exercise, and good sleep hygiene are typically recommended at first. It’s quite common for those with snoring, UARS and OSA to be overweight, although obesity is not always the cause of the three.

It’s important to note that having UARS or OSA can actually cause you to gain weight which further compounds breathing problems. The issue begins by becoming overweight by not watching our diet and not exercising. Extra fat, particular in the neck area pushes against the airway which causes resistance and restricts breathing. This does not allow for a restful night of sleep. When a person spends their waking hours constantly tired, they often reach for high fat, high sugar junk foods for a quick burst of energy. This energy is short lived and they continue to eat such foods throughout the day which over time cause weight gain causing increased airway resistance. This vicious cycle continues and eventually escalates to OSA.

CPAP treatment is often reserved for those with UARS who are unwilling to adjust their lifestyle or are not showing improvement after making the changes suggested by their doctor. CPAP treatment is typically unnecessary unless the patient is moving towards OSA and there are no other options. With a CPAP therapy, a steady stream of air is delivered from a machine though an air tube and to a mask which attaches to the face. The volume of air is adjusted to a level high enough to “blow open” their airway and prevent resistance.

Oral Appliance Therapy is another option that can be prescribe to a patient who is diagnosed with UARS. This involves the use of an oral appliance, sometimes referred to as a snoring mouthpiece. These mouthguard-like appliances fit between the upper teeth and lower teeth and work together to hold the jaw slightly forward during sleep in order to hold the airway open and prevent resistance or obstruction. Such devices are classified as Mandibular Advancement Devices or MAD’s.  There are several different types of mouthpieces, some fitted by a dentist while others can be purchased online and self-fitted. Oral appliance are recognized for the treatment of snoring, UARS, and OSA although they should be used under the supervision of a physician, especially when treating OSA.

An alternative to the MAD is the Tongue Stabilizing Device or TSD which actually attaches to the end of the tongue via suction and holds the tongue in the forward position. This has the same effect as a MAD and is preferred by some patients over the MAD. The TSD is a ones-size-fits-all medical grade silicone mouthpiece that passes between the front teeth and attaches to the tongue. Studies have shown that they are equally effective when compared to the MAD.

This website contains a lot of information on both MAD’s and TSD’s. If you are interested in a self-fitted product, you may want to start by looking here. We have tested dozens of oral appliance and offer information and an opinion on each.

Next post: The Buteyko Snoring Solution – What is the Buteyko Method and Does it Really Stop Snoring?

Previous post: Good Morning Snore Solution on Ebay – Is it Safe to Buy a Generic GMSS on eBay?