SnorBan has a long history dating back to 1994 as it was the first quit snoring mouthpieces introduced in the US without the need for a prescription. Since then, they have continued to provide their product, despite government opposition.

The SnorBan prevents snoring by holding your jaw in a slightly forward position in order to prevent a blockage in the airway which is supposedly the primary cause of snoring. It is a mandibular advancement device featuring the commonly used boil and bite at home molding technology.

Before being used, it must first be custom fitted to your mouth. No special tools are required, just 2 cups of boiling water, 2 cups of cold water and a pair of sharp scissors. The process is simple and requires that you:

This oral appliance should last for between 12 and 18 months, depending on how well it is cared for and whether or no you grind your teeth at night. 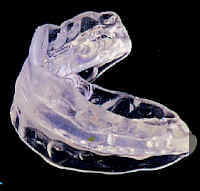 This is how the SnorBan appears after it is molded

The inventor behind SnorBan calls himself “Dave” yet provides no last name. Dave is an inventor and real estate developer who created the first prototype of this piece back in the early 1990’s to solve his snoring problem after a failed surgery attempt to stop his snoring by removing his uvula. He then created several devices for friends and family members to try out. After having success, Dave took his idea and began producing the SnorBan.

It wasn’t long until the long arm of the law started to crack down on his invention, claiming that it is a medical device that requires a prescription. A long battle was fought and today his invention is sold with a lengthy disclaimer, suggesting that it’s sold as a “sports mouthpiece” although it is exactly the same product that is being sold in Europe as a stop snoring device.

Keep in mind that it is not FDA registered. The manufacturer cites the reason for it not being cleared by the FDA is the additional costs associated with obtaining this approval which would ultimately be passed down to the consumer. While this may be true, there is likely other underlying reason why it has not been approved, hence government disapproval.

They do however assure you that all products used are safe as they use FDA compliant materials for the products which are sourced from the USA. Also, Snoring Relief Labs Inc. actually make the units in the United States and they are said to contain no BPA and are free of latex.

Those who are money conscious (and who isn’t these days) can rest assured as this is one of the least expensive MAD’s on the market. The base price is $33.95 plus the cost of shipping which is $4.95 in the United States. For under $40 you can have an appliance that would cost several hundred dollars if fitted by a dentist.

When compared to similar products in its class, the SnorBan is priced much lower than its counterpart. The creator openly suggests that he has kept the price low throughout the years, making only minor adjustments to offset increases in production costs.

Sifting through user reviews can be very challenging when analyzing a product that has been around for so long. This is perhaps one of the most reviewed devices on the market, mostly due to its age. Unfortunately, other companies deliberately drop bad reviews, often making bogus claims to steer potential customers away.

After combing through the dirt, it fairly obvious that SnorBan has quite a few satisfied customers who have solved their snoring problem with this mouthguard. In fact, numerous reviews refer to is as a “marriage saver”. For most, it appears to work as advertised and is effective at preventing snoring.

As for complaints, some report difficulty keeping the mouthguard in their mouth the entire night. It also seems to cause salivating issues for some.

Also, most who have reviewed this product report tenderness of the front teeth which typically only lasts for the first few days.

Others complain about the lack of a breathing hole. This is an essential, often left out feature that is a must if you have chronic sinus issues and are unable to use your nose to breathe. Also, chronic cold suffers will not be able to use this product as having clear sinuses is essential.

Should I buy the Snorban? 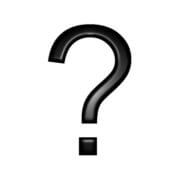 The fact that Snoring Relief Labs Inc. (the company behind Snorban) has been around for nearly two decades now should be a key indicator when it comes to deciding if this mouthguard actually works.

The boil and bite feature allows you to custom mold this device to fit your mouth perfectly without ever leaving your home. As for molding it, the process highlighted above is simple and can be repeated if necessary.

Unfortunately, the design does not permit air ports to allow for breathing through the mouth. If you have difficulty doing so then this product may not be for you.

Price wise, this is one of the most affordable and effective snoring solutions available on the market. Similar products often retail for around $60. Some are charging over $100!

If you are able to effortlessly breathe through your nose and would like to see if a basic mouthpiece will work, you may want to give it a try. Keep in mind that many find such boil and bite devices to be uncomfortable because they are so thick and bulky.

One product that I’ve tried and would recommend it the Zquiet which is a fraction of the thickness of the Snorban and doesn’t need to be fitted using the boil and bite method. I actually wrote about my experience here. The Zquiet cost about $20 more than the Snoreban but offers several features that are often considered a necessity by long-term snoring mouth guard users. Its compact design takes away the infamous mouthful of plastic feeling and it enables you to breathe freely through your mouth while sleeping. Aside from the fact that it works straight out of the box and requires no fitting, I really like fact that you can open and close your mouth free to speak or even take a sip of water.